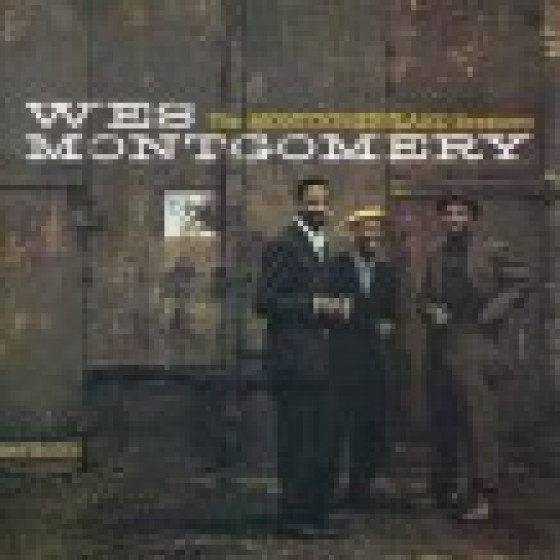 This release contains the complete classic albums The Montgomery Brothers & Five Others (1958), Montgomeryland (1959) and Wes, Buddy & Monk (1958). Also included are all the songs featuring solos by Wes Montgomery from the LPs Kismet (1958) and A Good Git Together (1959) and, as a final bonus, a rare 1955 Montgomery Brothers version of Love for Sale appearing here on CD for the first time ever - taken from a long out of print compilation LP called appropriately, Almost Forgotten.

"Wes Montgomery's only featured appearance on a Mastersounds album has been excerpted here and there on LP and CD but never reissued in its entirety; this is both difficult and easy to understand. With such a relatively small discography for a jazz giant, you would think that EMI, the current owners of this tape, would rush to put the whole thing out. On the other hand, the score of Kismet -- based on confectionery adaptations of melodies by Russian composer Alexander Borodin -- has worn out its welcome over the decades, and the Mastersounds interpretations sometimes border on lounge-ish run-throughs of the tunes (with corny "gong" smashes). Nevertheless, the album gives us a good look at Montgomery when he was just about to break out of Indianapolis. Often when he appears, whether solo or on rhythm, he gives the group a kick that takes it out of a sedate MJQ mindset. He is especially lively and swinging on "Not Since Nineveh," "Baubles Bangles and Beads," and "Stranger in Paradise." Yet even when he doesn't ignite the band, his performances are always worth hearing."