Home  /  Ornette Coleman  /  The Shape Of Jazz To Come 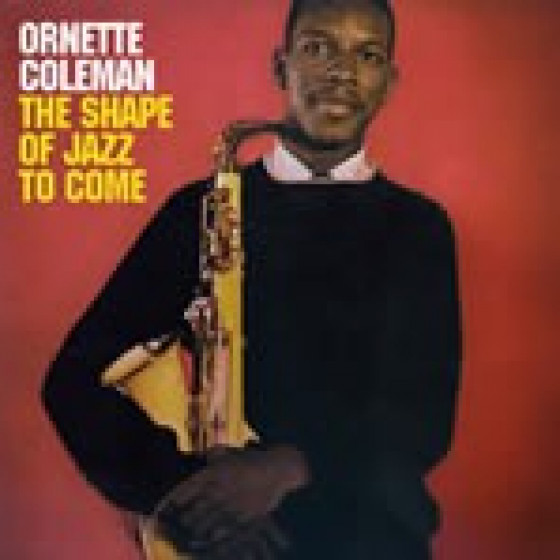 The Shape Of Jazz To Come

The seminal Ornette Coleman Atlantic album The Shape of Jazz to Come in its entirety, with two bonus tracks only previously on a recent Japanese edition - featuring the debut of the splendid piano-less quartet with Don Cherry, Charlie Haden and Billy Higgins.

A watershed event in the genesis of avant-garde jazz, the record shattered traditional concepts of jazz harmony, disposing of both the piano player and the whole idea of concretely outlined chord changes.

Although, at the time, most critics felt that Colemans musical concepts on The Shape of Jazz to Come were too radical, in hindsight it is a much tamer and less challenging work (for the listener) than many later recordings by Coleman or other free jazz musicians.

Personnel in all tracks:

"Any reader still nervous about so-called free jazz should give it a try."


The element that pours out of this disc is creativity in strong, concentrated waves. Four of the half dozen Coleman originals in this collection grow out of bop roots, but Coleman hears other things, too. This is not easy music for the listener, but even at its most difficult it remains compelling."


"Ornette Coleman's Atlantic debut, The Shape of Jazz to Come, was a watershed event in the genesis of avant-garde jazz, profoundly steering its future course and throwing down a gauntlet that some still haven't come to grips with. The record shattered traditional concepts of harmony in jazz, getting rid of not only the piano player but the whole idea of concretely outlined chord changes. The pieces here follow almost no predetermined harmonic structure, which allows Coleman and partner Don Cherry an unprecedented freedom to take the melodies of their solo lines wherever they felt like going in the moment, regardless of what the piece's tonal center had seemed to be. Plus, this was the first time Coleman recorded with a rhythm section -- bassist Charlie Haden and drummer Billy Higgins -- that was loose and open-eared enough to follow his already controversial conception.

Coleman's ideals of freedom in jazz made him a feared radical in some quarters; there was much carping about his music flying off in all directions, with little direct relation to the original theme statements. If only those critics could have known how far out things would get in just a few short years; in hindsight, it's hard to see just what the fuss was about, since this is an accessible, frequently swinging record. It's true that Coleman's piercing, wailing alto squeals and vocalized effects weren't much beholden to conventional technique, and that his themes often followed unpredictable courses, and that the group's improvisations were very free-associative. But at this point, Coleman's desire for freedom was directly related to his sense of melody -- which was free-flowing, yes, but still very melodic. Of the individual pieces, the haunting "Lonely Woman" is a stone-cold classic, and "Congeniality" and "Peace" aren't far behind. Any understanding of jazz's avant-garde should begin here."