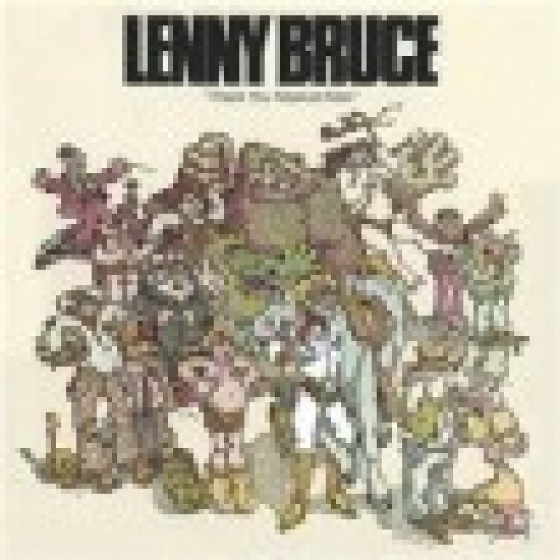 As Brando revolutionized acting and Bird jazz during the Forties, Lenny Bruce in the Fifties changed the face of stand-up comedy. No mere teller of jokes, Bruce (b. Leonard Schneider, 1925; d. 1966) was a hipster humorist, a true original whose still-influential social satires, by turns biting and affectionate, were filled with "inside" pop-cultural references, scatological riffing, and off-the-wall Yiddishisms. One of his most memorable bits was "Thank You Masked Man," wherein a group of townspeople finds that the Lone Ranger (who turns out to be Jewish) has serious problems accepting thanks after doing one of his signature good deeds. "Thank You Masked Man" was transformed into a seven-minute, animated color short voiced entirely by Bruce, who also co-wrote and co-directed. Long a staple on the underground cinema circuit, Thank You Mask Man [sic] is available here on this enhanced disc, combining video and audio selections. "Masked Man" is complemented by seven other examples of classic Bruce recorded between 1958 and 1963, mostly in the clubs where his star rose. Of special interest, particularly to jazz fans, is "The Sound," featuring a strung-out bopper trying to con a famously bubbly bandleader into hiring him to play the "Champagne Music" that was the toast of American squaredom.
The Sound, Tarzan, Thank You Masked Man, Tokyo Rose, Fat Boy, The Comics, Heshie the Monster, Captain Whackencracker