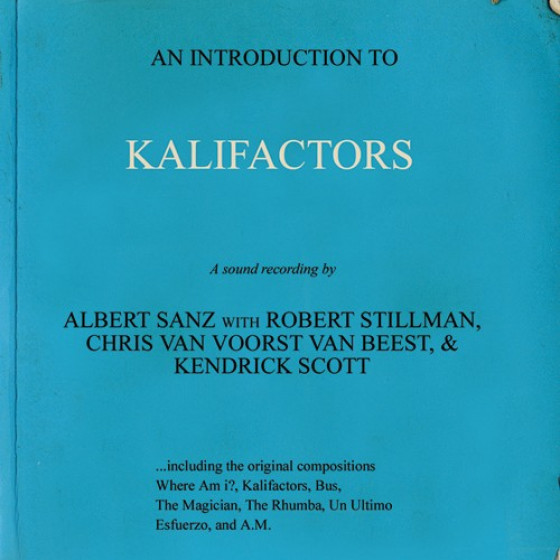 For a crew this young --average age 24-- the Kalifactors have put together an impressive debut. An Introduction to Kalifactors showcases the talents of four musicians in the middle of their (formal) musical educations at Berklee and The New England Conservatory.

The sax / piano / bass / drums quartet offers up a set of engaging originals in the mainstream jazz tradition. The opener, "Where Am I?", is jaunty and dark at the same time, with saxophonist Robert Stillman blowing a cool Stan Getz tone in front of a crisp rhythm. The band did a three week tour of Spain in November 2001, just a few months before this recording, and they obviously gelled into a tight, crisp unit.

On the ballad "The Magician," pianist Albert Sanz enters into a delicate Bill Evans mode; and the mid-tempo "The Rhumba" slides into a sinuous groove, with piano and drums engaged in a point/counterpoint conversation. "Un Ultimo Esfuezo" features Stillman's stretched-out lines up against pianist Sanz in an angular, percussive mood.

These are talented musicians and fine songwriters, but I would love to have heard them tackle a standard, or--considering their ages--something from the rock world, a la the much-hyped Bad Plus or Dave Douglas.

A solid debut. We'll be hearing more from The Kalifactors.

-Don McClenaghan, All About Jaz