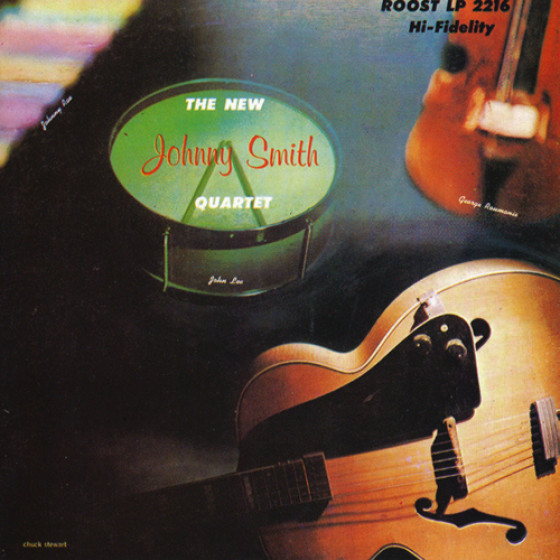 Johnny Smith and His New Quartet

"Before he threw in the towel and willingly walked away from the clutches of the recording industry in 1960, Johnny Smith recorded an impressive roster of albums for Teddy Reig's Roost label. One of these, The New Johnny Smith Quartet, recorded in 1956, was billed as maiden set for Smith's new, small group. That was almost correct. This was the first time around for vibes player Johnny Rae and drummer John Lee. But bass player George Roumanis had already recorded with Smith. Prior to his Smith tenure, Rae was instrumental in shaping the distinctive George Shearing Quintet sound. This bandleader was especially well known for tasteful playing, the clean quality of his sound, and his skillful voicing of melody with chords. And this album does nothing to detract from that reputation. Even on the up-tempo pieces like "Pawn Ticket" and "'S Wonderful" Smith's technique remains clean without slurring. His playing also can take on classical overtones, like on "Montage" and "It Never Entered My Mind." Smith was not a stranger to the classical genre. His last minute abduction by conductor Dimitri Mitropoulos to play solo guitar on Arnold Schoenberg's "Serenade" is one of music's legends. On the slower numbers this quartet resembles the stentorian sounds of the Modern Jazz Quartet at times. Johnny Smith left behind about 25 LPs with the Roost label. A great project for Mosaic Records would be to get a license for these albums for one of their excellent compilations, this time featuring the fine guitar of Johnny Smith."