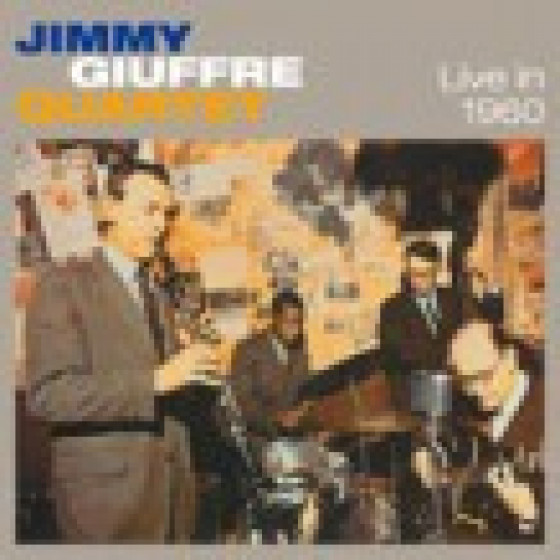 The fabulous Jimmy Giuffre Quartet with Jim Hall playing a relaxed set at the Five Spot Café, issued here on CD for the first time. This edition also includes as a bonus, a trio performance recorded live at the Olympia in Paris.

The two live performances contained on this CD represent his only small group sessions made during that year. The first one (chronologically, the second on our edition) was taped on February 23, at a concert in Paris.

Giuffre would also record an album in Baden Baden, Germany in March, with a string group of the Sudwestfunk Orchestra conducted by Wolfram Rohrig.

On May 26, he participated on three tunes for a Shorty Rogers LP, and in August he made an ³on location² recording at the Five Spot in New York, which opens our CD. The only other additions to his 1960 discography consist of a September session with vocalist Nat Wright and a John Lewis big band date recorded that same month.

On both the Paris and the Five Spot sets, Giuffre is accompanied by the great guitarist Jim Hall, with whom he had worked on many occasions. While the Five Spot performance features the two musicians in a quartet format with bass and drums, the Paris set showcases Giuffre and Hall¹s mastery in a trio with bassist Milford Middlebrooks.