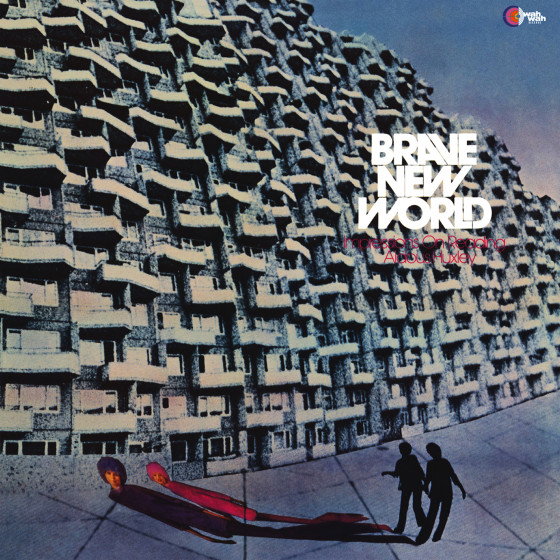 Conceived as a studio project and conceptually inspired by the world of sci-fi novelist Aldous Huxley, Brave New World was created by Reinhart Firchow (recorders, flutes, ocarina, Stylophone, percussion, vocals), John O'Brien-Docker (guitars, organ, percussion, vocals, wind chimes) and Herb Geller (flutes, cor anglais, saxophones, organ). They where aided by Dicky Tarrach (drums, percussion), Lucas Lindholm (bass, bass fiddle, organ, piano) and Esther Daniels (voice). Irishman John O'Brien-Docker had previously played on Die City Preachers and Marcel, and also recorded as Inga and John - Inga was, of course, Inga Rumpf of Frumpy fame. He also played with Dagmar Krause and Anthony Moore, who would later be known as Slap Happy. Reinhart Firchow had also been around for a while and would later form Kaarst. Herb Geller was an accomplished jazz musician who had been playing and recording in several jazz outfits since 1954. Their album, originally released on Vertigo in 1972, featured an eclectic mixture of styles, blending medieval music, folk, electronics, jazz and rock in pure krautrock eclectic lore in the line of Annexus Quam, Achim Reichel or Tomorrow's Gift.

First ever reissue, housed in a glossy laminated gatefold cover reproducing the phenomenal original artwork and an insert with notes, and it's limited to only 500 copies!