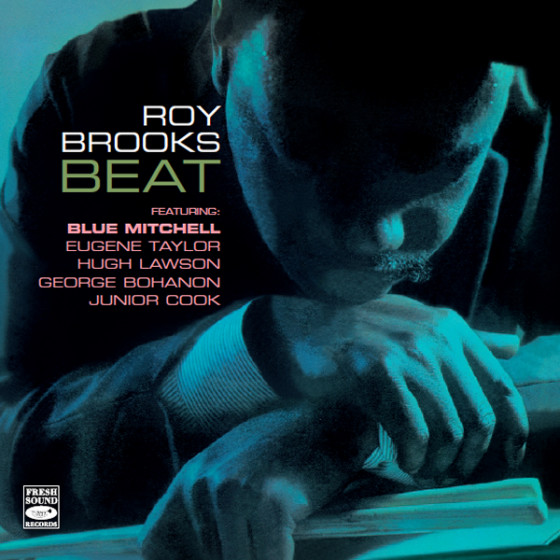 Drummer Roy Brooks was a product of the Detroit jazz scene and trained with Kenny Burrell, Pepper Adams and drummers Louis Hayes and Elvin Jones. He played with Hugh Lawson, Joe Henderson and Jimmy “Beans” Richardson, and moved from there to the Horace Silver Quintet in New York in 1960. It was his five-year stint with Silver that polished the innate, raw talent he always possessed.

"The album extends a variety of moods because Roy wished to showcase individual talents. We tried to pick a tune from the collection which was most outstanding. We had great difficulty, and finally gave up. They all were."

"Recorded for Berry Gordy's short-lived Workshop Jazz imprint, Roy Brooks' simply but authoritatively titled Beat fuses the intellectual rigors of the modern idiom with the physical prowess of soul-jazz to create a record of uncommon scope and reach. Working with Horace Silver Quintet colleagues Blue Mitchell, Junior Cook, and Gene Taylor alongside Detroit contemporaries George Bohannon and Hugh Lawson, Brooks channels influences spanning the breadth of the Motor City scene, resulting in a clutch of challenging but engaging performances with the unmistakable patina of the embryonic Motown sound. While their technical proficiency is stunning, Brooks' rhythms never lose sight of the almighty groove, and for its hard bop stridency, the record has the proverbial good beat and you can dance to it."