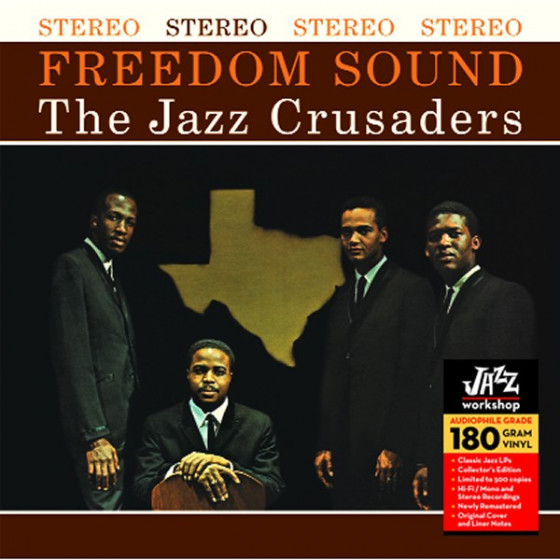 "The first album by the Jazz Crusaders (which started an extensive series for Pacific Jazz) introduced the colorful quintet. With trombonist Wayne Henderson and tenor saxophonist Wilton Felder giving the ensembles a unique sound, the group (also featuring regular members pianist Joe Sample and drummer Stix Hooper along with guests Jimmy Bond on bass and guitarist Roy Gaines) managed to strike a balance between creative hard bop and accessible soul-jazz. In addition to their version of "Theme From Exodus" (hoping to jump on the bandwagon created by Eddie Harris' hit rendition), the Jazz Crusaders perform originals by Felder, Henderson, and Sample ("Freedom Sound")."